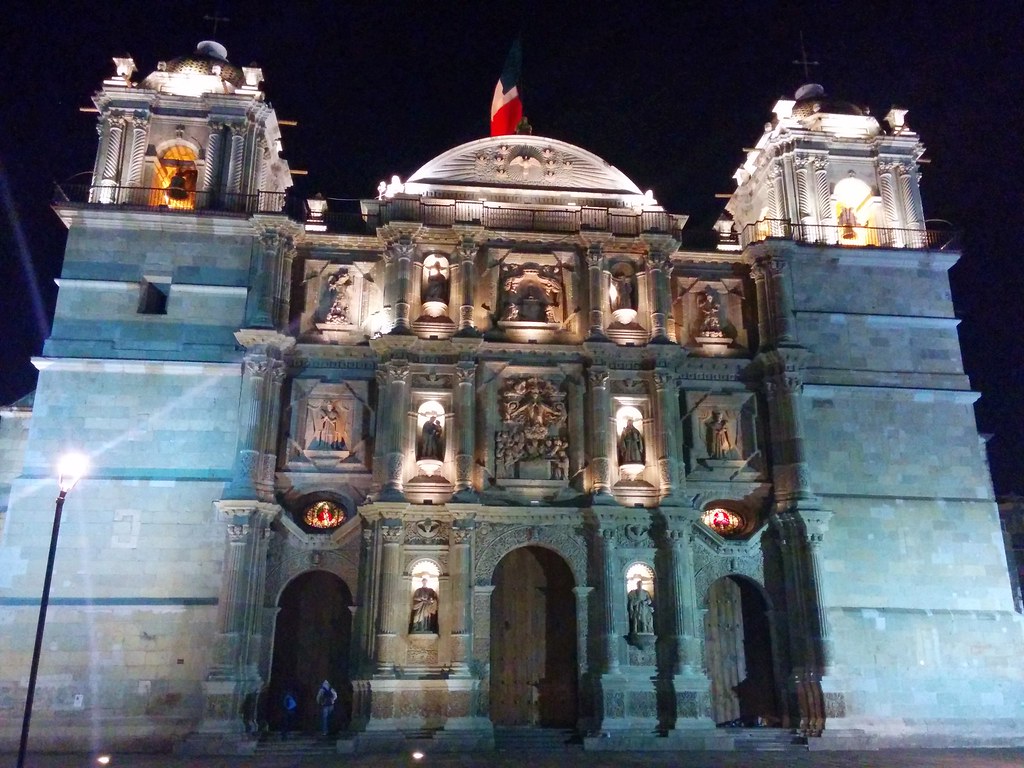 We left Mexico City and piled into a van and drove from the capital, through the state of Puebla, and into Oaxaca. It's about a six hour drive, which gave us plenty of time to soak in the Mexican countryside and also untether ourselves from the conveniences of the big city.

Despite that, we sometimes found ourselves with surprisingly modern conveniences. One rest area had open wifi, and for those traveling without a roaming data plan, it's a digital oasis. This would be a theme echoed throughout our time in Oaxaca. 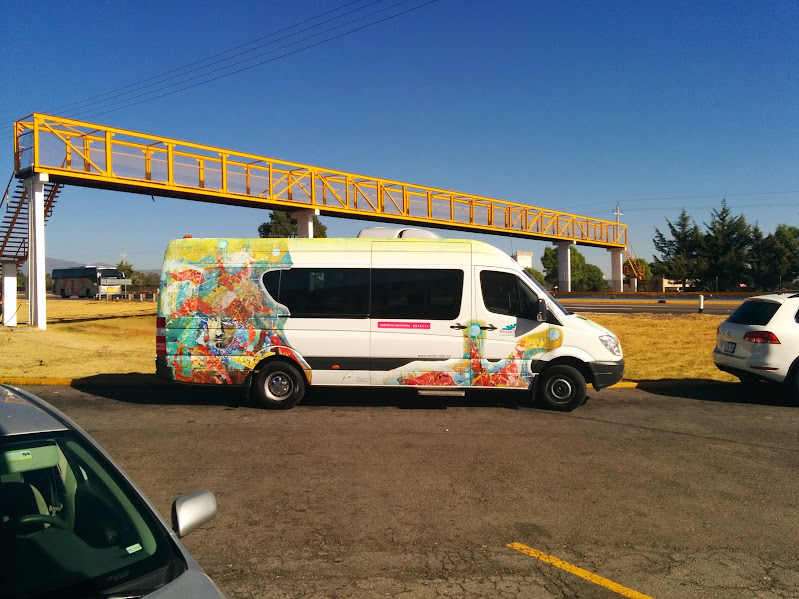 The drive did have a few literal road blocks. We were traveling along the toll highway, and a large protest blockaded the toll booths on the border between the Puebla and Oaxaca. Miles and miles of trucks with their cargo were helplessly stuck. 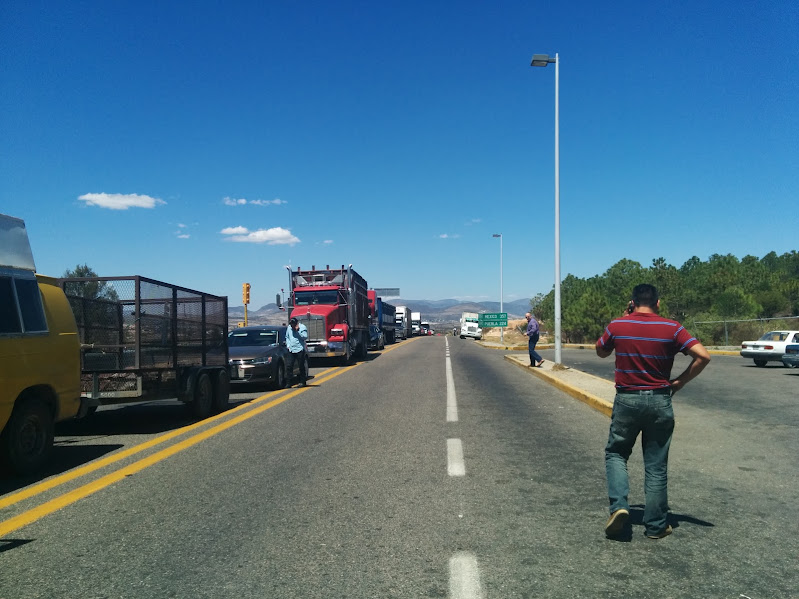 Luckily for us, our drivers and tour guides were Oaxacan, and thus, sympathetic to their cause. We were able to negotiate with the leaders of the protest to allow this ragtag group of American tourists through. In exchange, they turned our van into a mobile protest sign. 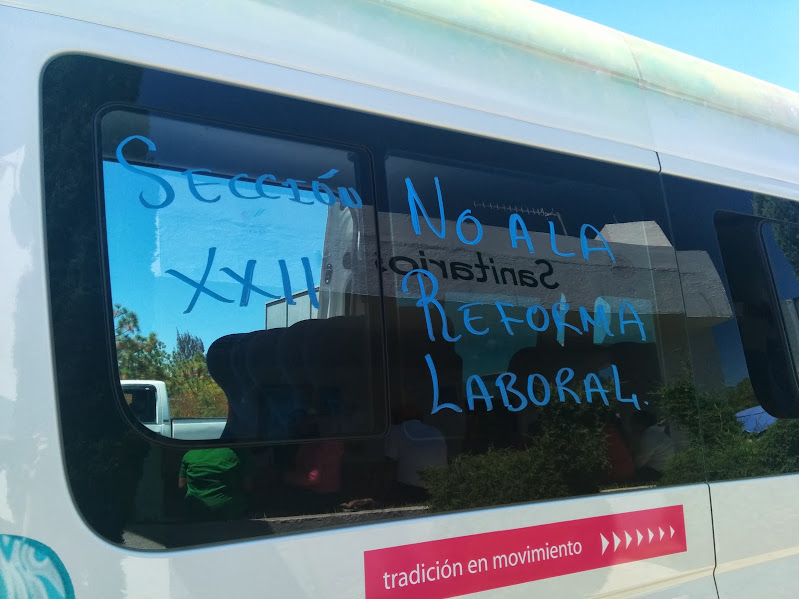 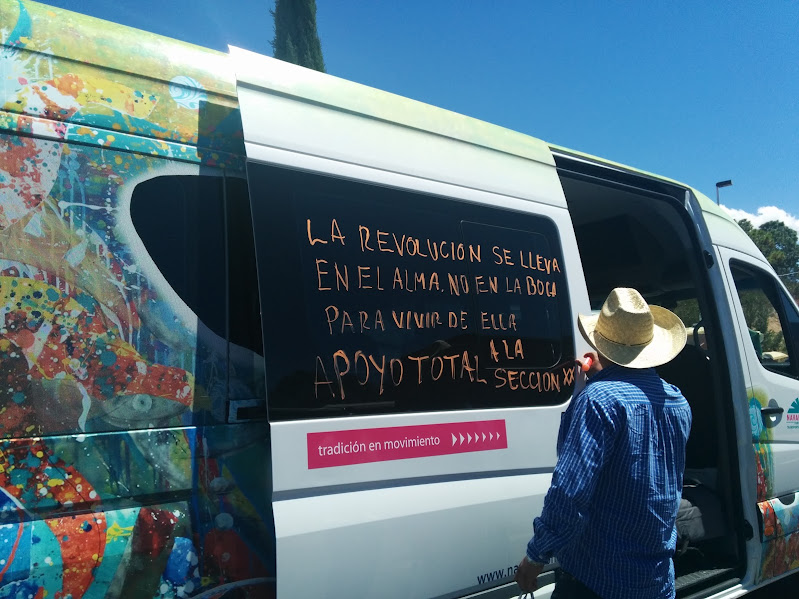 Upon arriving in Oaxaca, I immediately thought that the city looked the same as the town where I was born in the Philippines. Lofty colonial Spanish architecture intersected with the street smarts and industriousness of a blue collar town. It was beautiful. The streets were bustling with people, all staring at the messages scrawled on our van. It was the beginning of a long weekend, and tourists from all over the country were flocking to Oaxaca to relax and enjoy themselves in the city.

Our hotel was across from a busy market, offering everything from Oaxacan chocolate and bread to prepared food, and of course, mezcal tastings. The larger mezcal distilleries can be thought of being as large scale operations as macro-brew beer in America, and have the budget to show for it. These brands had tasting rooms throughout the city of Oaxaca, on street fronts as well as the market themselves. The purpose of this trip, however, was to enjoy the smaller producers.

We regrouped for dinner at Zandunga, a restaurant serving the cuisine of the southeastern isthmus of Oaxaca. Prior to this, I'd only had the traditional oaxaqueño offerings from restaurants in Los Angeles and Portland, but Zandunga was doing something completely different. It was reminiscent of Petty Cash on Melrose, and truly, I think this restaurant would do well in that neighborhood.

Immediately, the great breadth and variety of mezcal became apparent and while the food was good, the drinks were even better. Bottle after bottle was sampled, and I knew that this was going to be a fun trip.